The Awesome Oscillator is one of the most famous robots in the world of trading. It is designed so that the user can quickly determine the trend reversal. The oscillator is built into the MT4 trading terminal by default, so it doesn't need to be downloaded. At the same time, we would like to draw your attention to the fact that if the indicator doesn't work correctly, or if you want to install a newer version of the trading robot, you can download the Awesome oscillator on the MTDownloads website.

All the indicators used to conduct Forex technical analysis, fall into trend and oscillatory ones. The first is better to use when the trend is fixed on the market, the latter are more effective in flat. One of the most popular tools that are applicable in flat, is an Awesome oscillator. This trading robot is part of the group of indicators created by Bill Williams. The strategy of Mr. Williams is that the market does not need to be analyzed in detail, it is enough to understand how it works. Accordingly, an Awesome oscillator was created to support this technique.

This trading robot is quite simple to use and, the same time, extremely effective. This tool determines the driving market trend and notifies the user about the trend reversal. On the graph, the indicator looks like a histogram, just like the MACD. 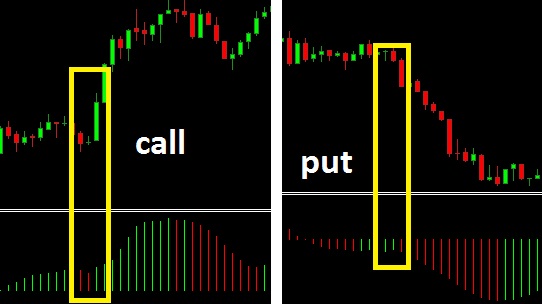 You can raise the bets if, after moving up, the histogram near the center of the oscillator line turns and starts moving down. Usually this spread consists of 3 bars. Visually it looks like a small hollow, or a saucer. That's why the signal is called so.

The reverse situation will push the trader to lower rates or close orders, by analogy. 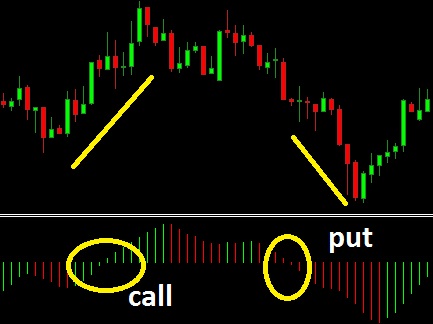 This signal is understandable even intuitively: if the histogram passes through the zero axis and the bars are already forming on the other side, then the direction of the trend has changed. 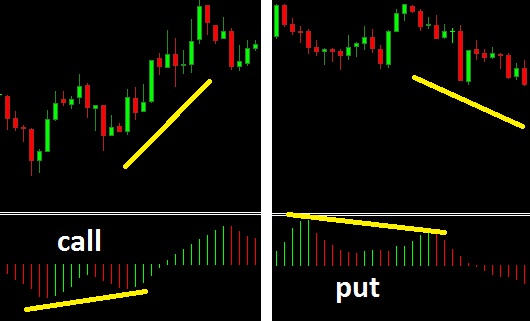 Similarly, everything happens if several local maximums are formed above the central axis. Then it's worth considering the sale orders.

Every trader should know that the indicators shouldn't be used independently. Trading robots sometimes fail, and if you rely entirely on the one instrument of technical analysis, it's possible to open a losing trade.

Working with the Awesome oscillator, it is recommended to use the MACD indicator. It's also a standard trading robot in MT4, but if you have an outdated version, you can download a free MACD on the MTD website. It's easy to determine the trend with this indicator, and the Awesome oscillator will prompt the beneficial points for the entry inside the trend.

Respond to parallel actions in the following way:

In general, as it been seen on practice, the Awesome oscillator is no different to the MACD indicator, which is also quite popular in the world of robot trading. But going back to the statement about doubling the indicators, it's recommended for these two tools to be used together.

The fact is that they are from the same group of indicators and have similar characteristics. And that each of them gives a misfire is also a fact. Therefore, if you use two oscillators together, you get the exact result. Based on these data, the trader will be able to predict his actions much more efficiently, without a fear of making a mistake. Moreover, there is an excellent mini-strategy on above, which has been tested many times by traders on different trading instruments.

Advantages and disadvantages of the Awesome Oscillator

The Awesome Oscillator is so effective, because its calculation is based not on closing prices, but on median prices. This feature makes the Awesome oscillator an almost universal filtering indicator for the all known trading strategies.

But such a magical "assistant" for a trader, it has a significant disadvantage - delayed signals. That is, the event on the market has already happened, and the indicator signals about it after a few seconds. Sometimes it's enough to miss a profitable deal. To avoid such situations, it's recommended to analyze large time frames, determining the main trend. Seeing the big picture, you will quickly understand where the error is on a short period, if it does happen.

We also want to focus on the fact that the Awesome Oscillator (AO) is often confused with the Accelerator Oscillator because they are quite similar in spelling and also are among the Bill Williams' indicators. But these oscillators are built on the different indications basis, so you need to carefully read the names of the technical analysis tools that you are going to apply.