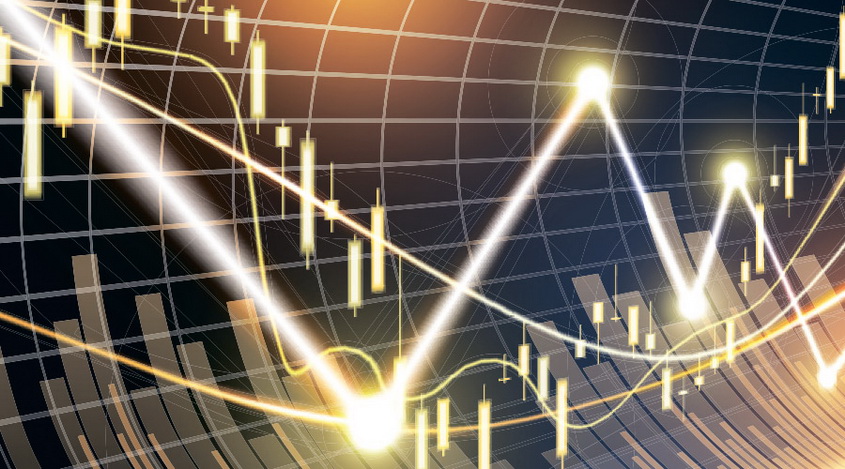 This technical tool is one of the oldest. It’s very popular among the Forex traders and serves as the basis for many indicators.

This line displays the average price of an asset for a particular period. The period of the moving average is some candles it’s built on. For example, this is the graph with a period of eight: 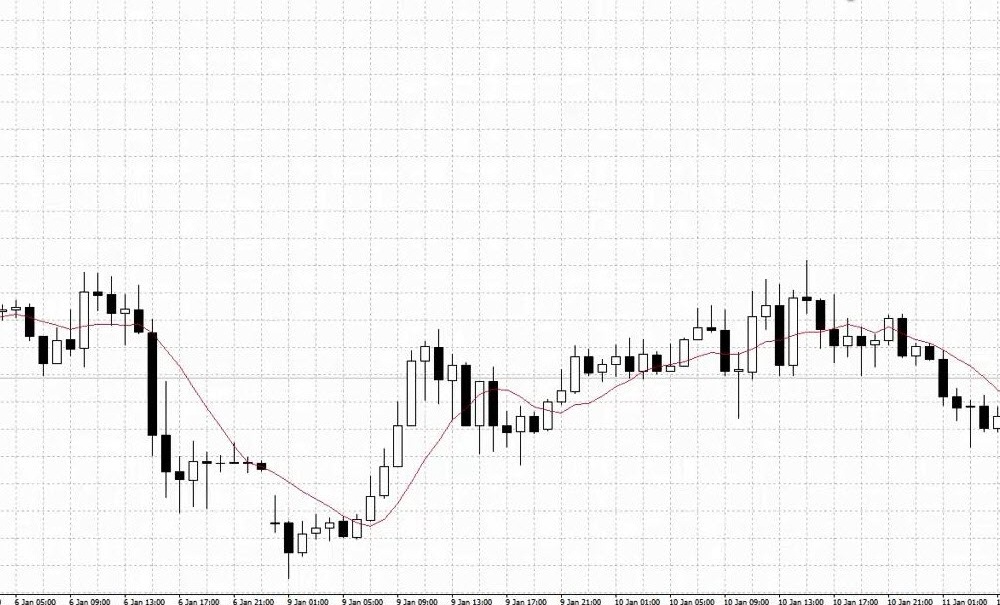 Each time a new candle is drawn, the first one is removed from the calculations. Thus, only the last eight candles are taken into account.

You can see that if the candlestick chart is above the moving average, it means an uptrend. In the opposite case – there’s a downtrend. At the same time, the longer is the period of the line, the longer the trend is. For the more extended periods, more candles are taken into account.

Such an indicator is built in the MetaTrader4 platform by default. When adding an indicator to the chart, a drop-down menu appears so that you can select the line type. There are four types of moving averages:

It’s also possible to choose the part of the candles that will be considered in the calculations. By default, only closing prices are taken into account. It’s also possible to select a period and shift. When moving the line on the chart, it’s feasible to build the price channels.

We’ll consider the types of such curves in more detail below.

The exponential moving average, unlike a simple one, doesn’t take into account the prices of each candle equally. The greatest value is given to the last prices of the asset. It is reflected in the sensitivity of the instrument – it’s most sensitive to the price fluctuations of the latest candles, and reacts more quickly to the changes in prices.

A simple moving average gives equal value to all the candles. For such a reason, it responds more slowly to fluctuations in the value of the asset, and it’s less used trading on short time frames. For the long time intervals, a simple moving average is used more often, and on the periods above 200, its readings are similar to the exponential one.

A linear weighted moving average is somewhat similar to the exponential one. It also considers the latest prices as the most important ones but also displays all the previous prices. For example, if we mark the last candle as 4n, the penultimate will be 2n, the next one will be n, the next one – n/2, and so on. This type is most sensitive to fluctuations in the value of the asset and is used comparatively rarely.

The smoothed model looks like a moving average with a longer period, despite the fact that the construction was carried out during the same period as for the previous three lines: 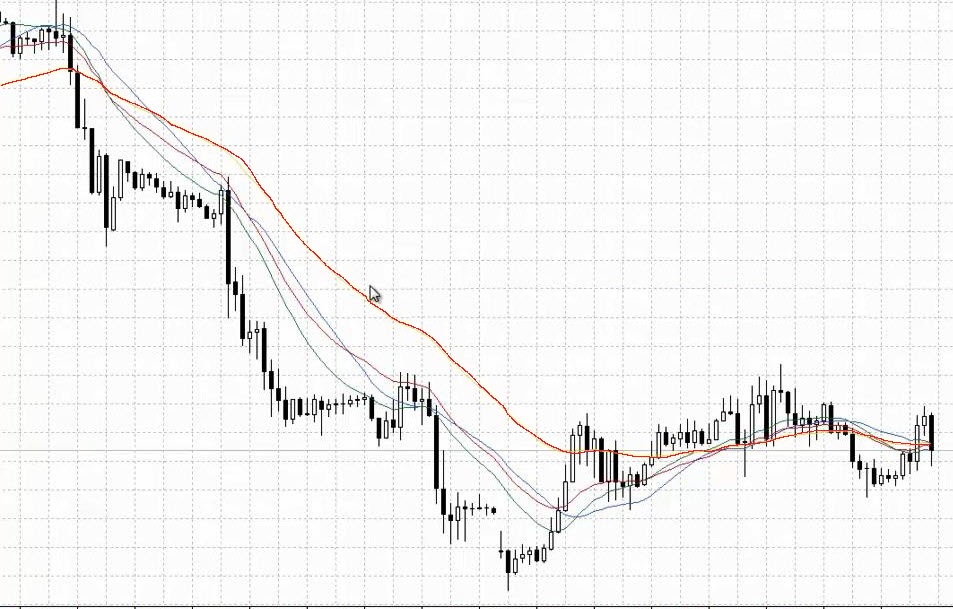 While a simple curve displays only candlestick data for the selected period, the smoothed curve takes into account those values of the price that are left behind the chosen plot. However, these prices are considered less important in the calculations. This type of instrument suits well for determining the long-term trends on the market. It’s much less sensitive to changes in the value of the asset. The longer is the period, the slower it will move on the chart. Such a tendency also relates to the other types.

Two moving averages with different periods are used most often. The trader waits for the moment of their intersection. It means that the trend has changed its direction. The faster line rushes toward the slow one and crosses it. The slope of the curve indicates the strength of the trend. At the same time, you should keep in mind that such tools may give a lot of false signals in a relatively quiet market and during the flat periods. Additional tools are necessarily used to filter the false signals.

Often one can observe how the price approaches the moving average, and then rolls back from it. It makes it possible to use such lines as the support and resistance levels. Moreover, such levels will be dynamic, steadily following the price.

You can set the Stop Loss orders outside these curves, moving them in the direction of the price. They are also suitable for opening and closing the positions. It’s worth noting that the intersection of the lines is not a safe signal to open a deal, and it’s better to use them to exit the market.

If you want to learn more about the formulas for calculating the moving averages, you can find the detailed information in the MetaTrader4 help, by pressing the F1 key.