This strategy is used for trading in the Forex market. As the name implies, it uses the Moving Average indicator, which is set by default in any MetaTrader terminal. Below we will discuss in detail the features of technical analysis and algorithm of the strategy.

When trading by this method, you should use two charts – weekly and four-hourly.

Identifying the trend, compare the distance between the lines of this week and the previous week. At the same time, a bullish trend corresponds to the growing distance (the SMA should be higher than the EMA). The bearish price movement is determined by the strategy on the opposite principle. Separately worth noting that when the distance between the averages decreases, there is an increasing possibility of a trend reversal.

When you estimated the direction of the asset price, you can move to the H4, where two SMA with periods of 55 and 8 are built, at average prices.

At this stage, you can start searching for signals to enter the market, considering a four-hourly interval.

To increase your chances of getting a profit, we recommend opening orders only in the direction of a global trend. Do not open a Buy order in an upward movement, and vice versa.

In general, two methods of opening positions can be identified: 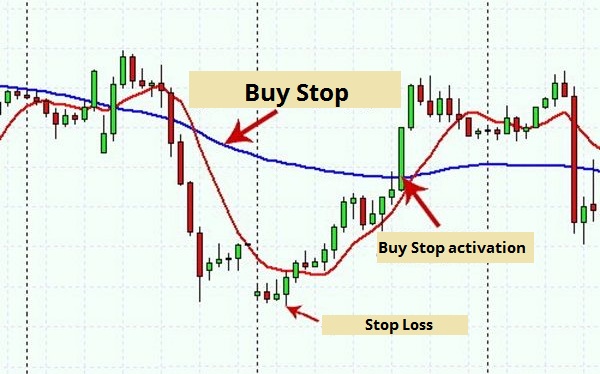 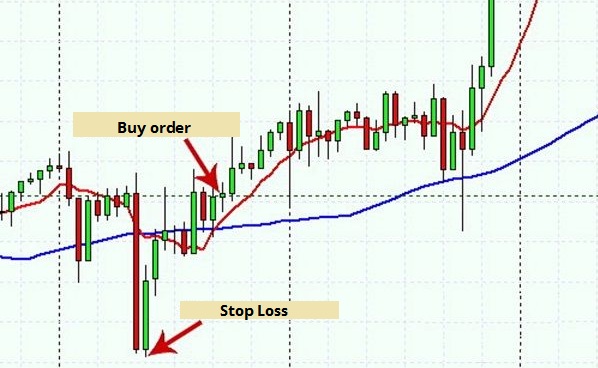 In the case of opening a Sell order by this strategy, the target markers for taking profit will be 1440, -2330 and -3770. Otherwise, the sequence of actions is similar, open Sell orders trail in the direction of the asset price.

Among the advantages of Moving Average Strategy is its simplicity, and also, a possibility to trade any currency pair. Thanks to this fact, you can increase a total amount of profit. Testing of this strategy shows very good results.

However, it is worth noting that any strategy implies a certain number of false signals. We recommend testing Moving Average Strategy on a demo account before starting real trading. Also, you can use additional indicators to confirm the truth of signals. For instance, it is possible to combine moving averages with oscillators.