How to Build Andrews’ Pitchfork 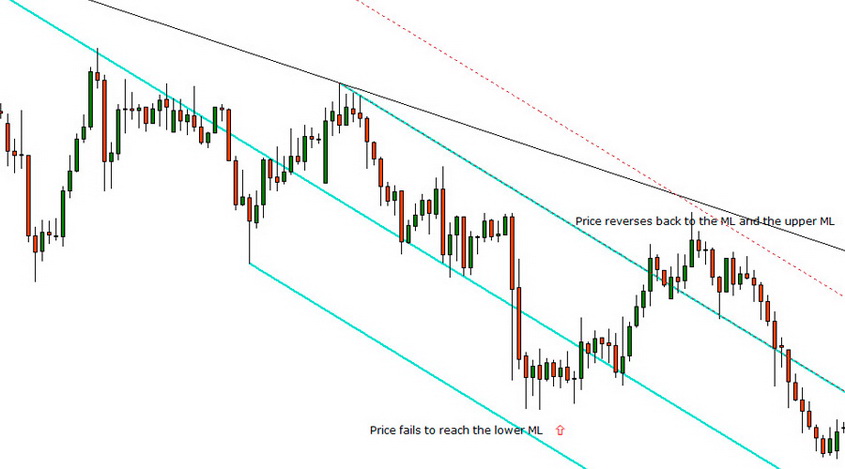 Andrews’ Pitchfork is a straightforward and convenient tool for technical analysis of the Forex market. It’s a part of a trading strategy developed by Alan Andrews, a well-known trader who spent his entire life for trading. Andrews earned his first million in the 20s of the XX century, predicted the market crisis of 1929, and revealed the secrets of his strategy to all the traders in the 60s.

The strategy is based on the construction of a price channel. It’s divided into two parts. This "pitchfork" serves as levels of resistance and support. In this case, a trader searches for the moments when the price rebounds from the lines, and either continues to move within the channel or breaks through the boundaries of the channel.

To construct the Andrews’ Pitchfork properly, you need to follow these steps:

Now you have identified the key points of the trend reversal. Next, we will consider working with these lines.

Trading with Andrew's strategy is no different from the other channel methods. Depending on how high are the boundaries of the channel, a trader considers the significance of the breakdown. The central line helps to understand when the trend slows down, and the probability of the reversal.

The best time to open orders is the price turn on the central line, in the trend direction. If the price has broken through this line in the opposite direction, it would be better to exit the market or close the position partially, fixing the profit.

Features of the Strategy

It’s worth noting that the accuracy of such a method directly depends on the chosen timeframe. The longer is the time interval, the less false signals you get.

The author of such an instrument made a more accurate analysis of the graph readings, counting the waves, and estimating the probabilities with the mathematical calculations. You can avoid the false signals with the help of additional tools such as MACD CCI or RSI.

It’s also not necessary to carry out all the constructions manually. There are many indicators developed by the Andrews’ Pitchfork. When using the built-in algorithms, these programs analyze the asset price chart, identify the critical points of the trend, and build the resistance lines.