How Inflation and Deflation Affect the Currency Quotes 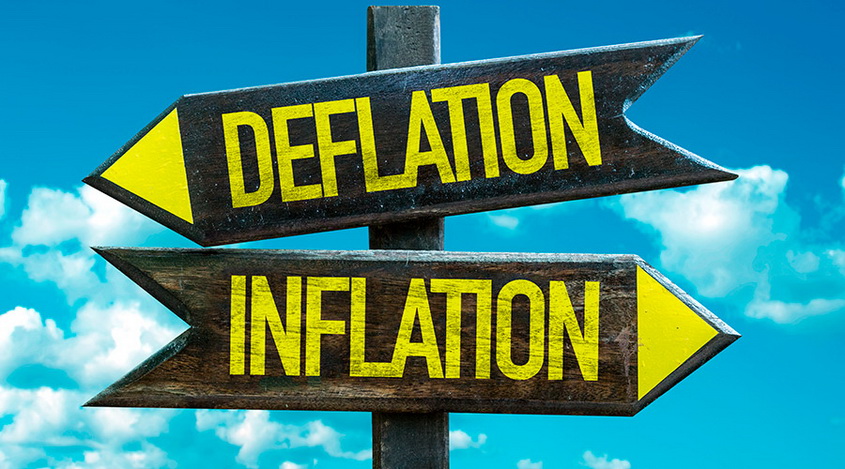 The exchange rate of the national currencies depends on many factors, which makes the forecasting more complicated. For such a reason, it’s important to remember about the macroeconomic indicators. Along the most important macroeconomic factors are inflation and deflation.

To better understand such processes, we will take a closer look at the relationship between the currency and consumer markets.

The processes of inflation and deflation are reflected in the cost of services and goods. The Consumer Price Index (CPI) is used for the numerical expression of such a process:

The Consumer Price Index shows the activity of the price for goods and services increasing, for a particular time. Making the forecasts, it’s worth considering that this value implies an error. The error is because this index is calculated in different ways, in each particular country.

In countries of the weak economy, with the developing markets, the food prices are the most significant ones. For example, Russian residents spend on average more than 40% of their monthly income on food. In Germany, such a figure varies up to 13%.

Given that other processes cause the change in prices on the food market, this indicator is lagging behind. If you prefer the leading tactics, it’s better to use the Producer Prices index:

It may seem that inflation is doing more harm to the economy than deflation, but it’s not true. Consider a typical inflation scenario:

Within deflation, the reverse process is observed:

The Inflation and Deflation Influence on Forex

First of all, data on inflation and deflation levels can be used in the same way as any significant economic news. The publication of such data causes a surge in volatility of the market. However, it’s problematic to make the deals at such moments, due to the spreading growth.

At the same time, in the long run, the level of inflation influences the behavior of the Central Bank, which can either significantly strengthen the existing trend, or turn it in the other direction.

For example, after the financial crisis took place, many strong economies of the world faced deflation. As a result, the US dollar stopped the rapid growth of 2014:

To fix such a situation, the Fed began to raise the rates. The ECB began to introduce the negative deposit rates and provided a quantitative easing program. It was reflected in the dollar exchange rate, which was supported by the monetary authorities. Despite the development of the inflationary trend, the dollar's price didn’t fall as it would have happened with the currency of the developing countries.

Methods used by developed countries to maintain the currency, make it difficult to trade on the Forex market. It’s difficult for a trader to predict the further quotes based on the macroeconomic indicators. In this case, it’s much easier to foresee the dynamics of developing currencies.

Countries with a weak economy use more conservative methods, so the positions of the national currency are dependent on the rate of the price growth. The faster the prices grow, the more the currency depreciates. This principle can be observed on the graphs of Russia, South Africa, Colombia, and others.

Any trader who understands the value of the fundamental analysis can apply the inflation and deflation data in work. Combining this knowledge with the technical analysis, you can significantly increase the profitability of trading on medium and long time frames.