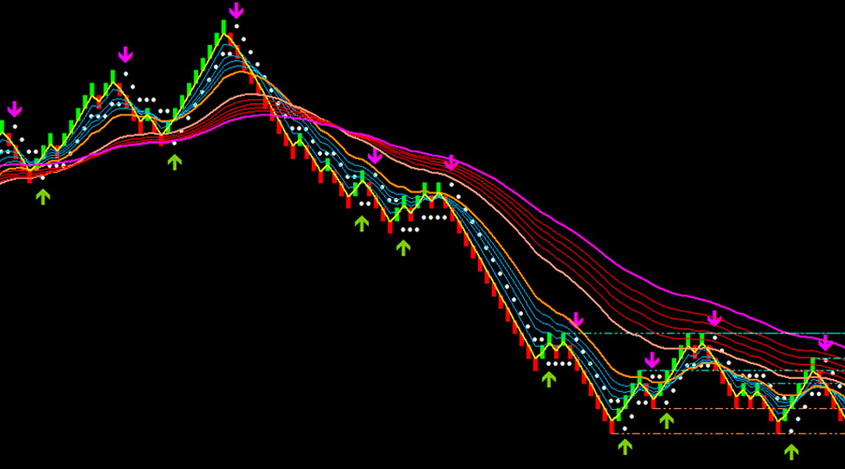 Renko is a type of chart used in Forex trading. As you know, the charts of price fluctuations can be represented in the form of lines, bars, or candles. Renko represents an entirely different approach. For the first time, this type of tool appeared in the arsenal of Japanese brokers and was named "Renga," in Japanese, "brick." This name reflects the structure of the graph, where each segment has an equal size of the other one. 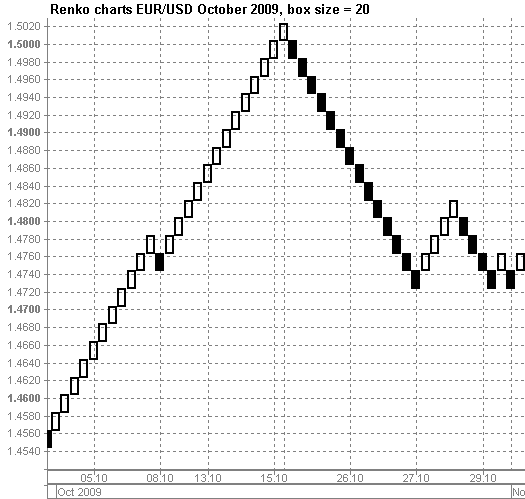 This type of diagram can be represented both in the form of candles and in the form of bars. However, unlike the traditional bars and candles, Renko graphics display only the most significant price fluctuations, eliminating all the noise that don’t affect the trading decisions making. The mechanism of such a tool doesn’t take into account the trading volumes arranging a sequence of segments of the same size. Such an indication is much easier to perceive, and it becomes easier for a trader to analyze the state of the trend.

The principle of the Renko construction

The closing price of each new candle is compared to the maximum and minimum value of the previous one. The user selects the size of the "brick" in points. This parameter serves as a unit for measuring the value dynamics. If the difference in highs and lows is equal to one block, then it’s drawn on the graph. Otherwise, this difference is considered too small and ignored.

When the price of a new period grows relative to the previous one, the tool draws a white brick; if the price falls, then the black one. If the difference in cost is more than one brick, but less than two, then the graph will show a single particularly useful to.

This approach allows not only to filter a lot of minor fluctuations but also to determine the trend movements accurately.

When working with a Renko charts, it’s much easier for a trader to make the decisions about entering the market, or leaving it. On a typical daily chart of the USDEUR pair, with a minute period, more than 1,000 candles are drawn, while a similar Renko-graph would display these dynamics by 15-40 bricks. Accordingly, the user needs to analyze much fewer data. In general, we can distinguish the following main advantages of Renko:

However, just like any other tool, these diagrams also have drawbacks.

Signals for purchase and sale are displayed as a brick of a new color. Suppose you opened a deal after the first black brick appeared. Then you should to leave the market on the white one.

Renko can be combined with any type of trading strategies directly facilitating and filtering out the incoming data. This feature will be especially useful for the beginners.

Considering the mechanism of Renko, it’s best to apply such a type of chart for intraday trading within minute time frames. If a trader wants to use the additional tools, he should select the tools carefully to avoid the false signals.