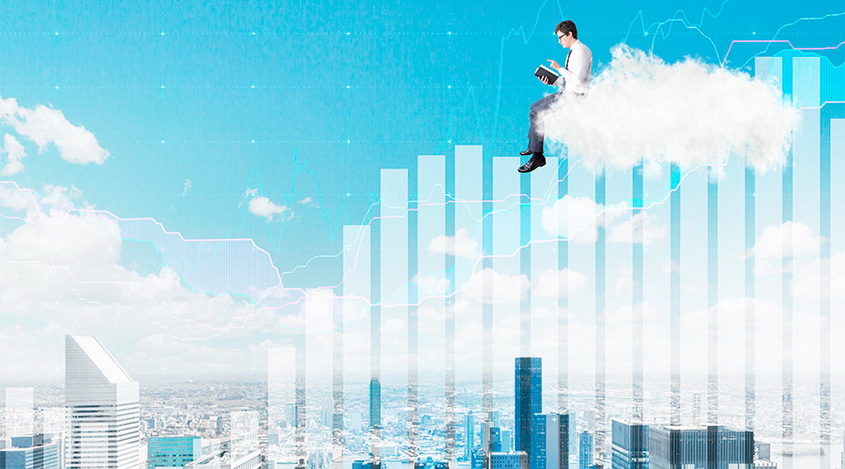 At first glance, it may seem that the value of the asset on Forex is moving chaotically, and a new price turn is impossible to predict. However, taking a closer look, it becomes clear that the price moves within certain levels most of the time. These levels pass through the points of maximum and minimum values. However, building such levels, you shouldn’t rely solely on the candlesticks of high and low values. The density of vibrations in these zones is mostly important. The density of the price means that a certain value was the key one for the market.

These price levels can be divided into two categories:

The support lines are located under the curve of the graph, and the resistance lines are above it. The principle of operation of these levels is quite simple. If some value caused a trend reversal in the past, this means that the situation may repeat in the future, since this value was suitable for the big players. So it becomes possible to predict the points which the trend will turn at. At the same time, even the strongest lines of support and resistance break down sooner or later.

Trading on the breakdown, to open the transactions successfully, it’s necessary to recognize in time, whether this breakdown is true. Often you can see how the candlestick closes outside the resistance zone, but in the future, the price returns to the channel. Opening the transaction, waiting for the further increase in value will bring losses in such conditions.

It should be noted that the probability of the breakthrough grows, if two or more candles close outside the level. Don’t rush to open the position at the first touch. It’s especially worth noting that, in case of a breakdown, the cost often goes back to the line, and tests it again.

If the resistance line breaks, it becomes a support line, and vice versa.

Much more often, a price rebounds of the lines, so the strategies based on the rebound often bring more profit to traders.

Sometimes, beginners try to catch the origin of a new trend, or try to open the orders against the trend, waiting for its further turn. This approach is quite risky and can lead to significant losses. Wait for the trend to form completely, and become quite pronounced.

Round prices are the prices, which are the multiples of 100, and therefore have two zeros at the end. These marks often serve as points of very strong confrontations between bulls and bears, attracting the most traders.

This fact is explained by a human psychology. We like round numbers, and such price values ​​seem to us most obvious for opening the positions. As often happens on the financial market, the traders’ mood is reflected in reality, and such resistance and support lines are the most significant ones.

For the same reason, prices that end with the numbers of 20, 40 and 80 are particularly active.

If a trader opens a position at a price of 1.5100, while the chart doesn’t reach the level of 1.5120, it may seem that it’s no change at all. When the graph reaches this value, the trader begins to plan his further actions. Similarly, when the chart moves around 1.5180, traders expect that the price will easily reach the point of 1.5200.

Market makers also know this feature of the market, which can cause the tendency to turn even before it has reached the round value. For such a reason, it’s worth opening the positions not directly on the high activity line, but at a distance of several pips below it, or above it.

There are many different tools that help to determine the important price values. The moving average is a one of the simplest tools.

Adding a moving average with a period of 26 to the chart with the H1 time frame, you can see how the price often rebounds from it. At the same time, this curve serves as a trend indicator. If you want to use the MA on the longer intervals, it’s worth increasing its period by setting it to 144.

Beginners can also check the Key Levels indicator, which automatically draws the important price levels, indicated by different colors, on the chart.