Whisper of Stars Strategy is used for trading in certain currency pairs on the H4 timeframe. You can work on this technique on any trading day, except Friday.

Below, we present a modified version of the system, which has a simpler algorithm and is suitable even for beginners.

You will need the standard tool - Awesome Oscillator, which is built in the MT4 by default. In addition to the zero level in the settings of the robot, install two additional levels. Their position depends on which pair you are trading:

These levels should be set with a + and – sign (you get two equidistant lines). A similar channel needs to be set up in order to focus only on the strong price pulses.

Below, you can see the result of testing the strategy on the GBP/JPY pair with additional settings of 0.005 and -0.005. 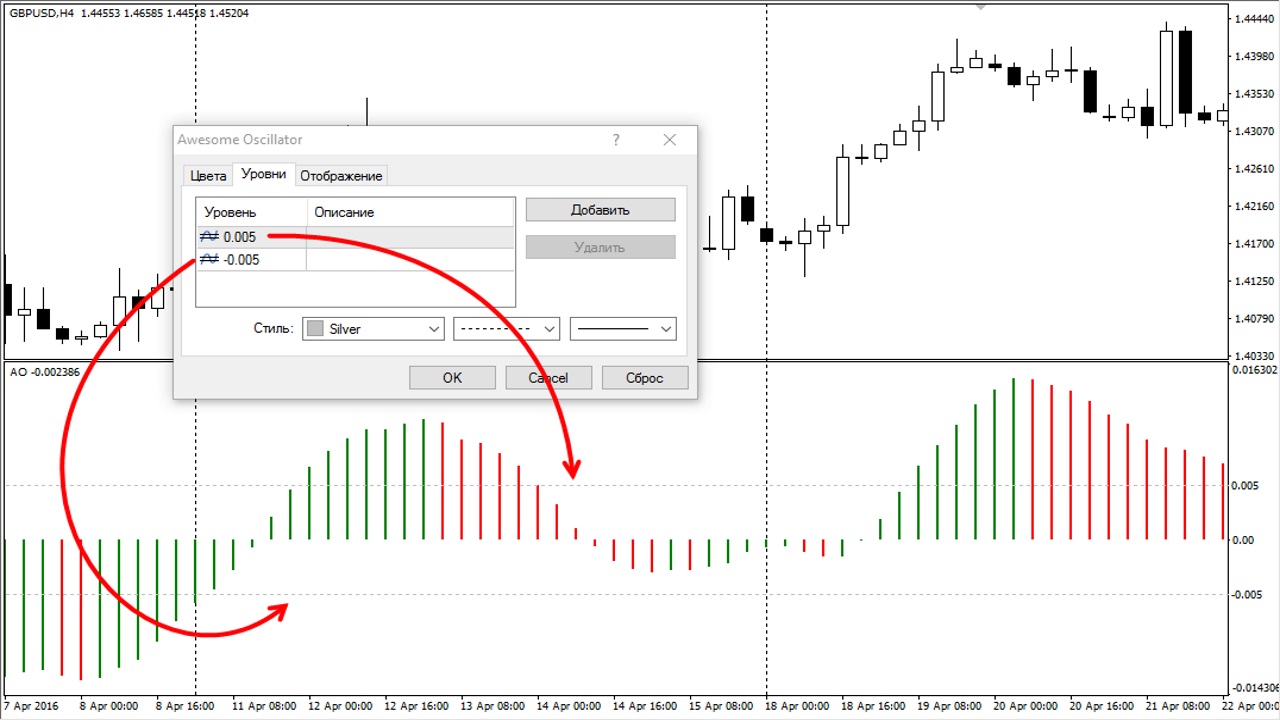 Trading Rules according to Whisper of Stars Strategy

Mainly, watch the intersection of the zero level of the oscillator. Then, wait until the indicator column crosses the additional level. If the histogram is below -0.005, after the appearance of two green bars in a row, open the position for sale. Buy when the histogram is above 0.005 and 2 red bars are formed.

In fact, Whisper of Stars Strategy requires waiting for the momentum, after which the correlation should happen. After that, just below the appeared extremum, you need to create a pending order.

For convenience, after the appearance of the signal, build a grid of Fibonacci. Use the high and low points from the moment of crossing the zero level by the AO columns until the signal bars appear.

The example shows how to set a Sell Stop. At the same the Stop Loss order - at the local maximum level, and the Take Profit - at the Fibo level of 161.8.

Following Whisper of Stars Strategy, close the deal when there is an intersection in the opposite direction. If this does not happen, cancel the position. 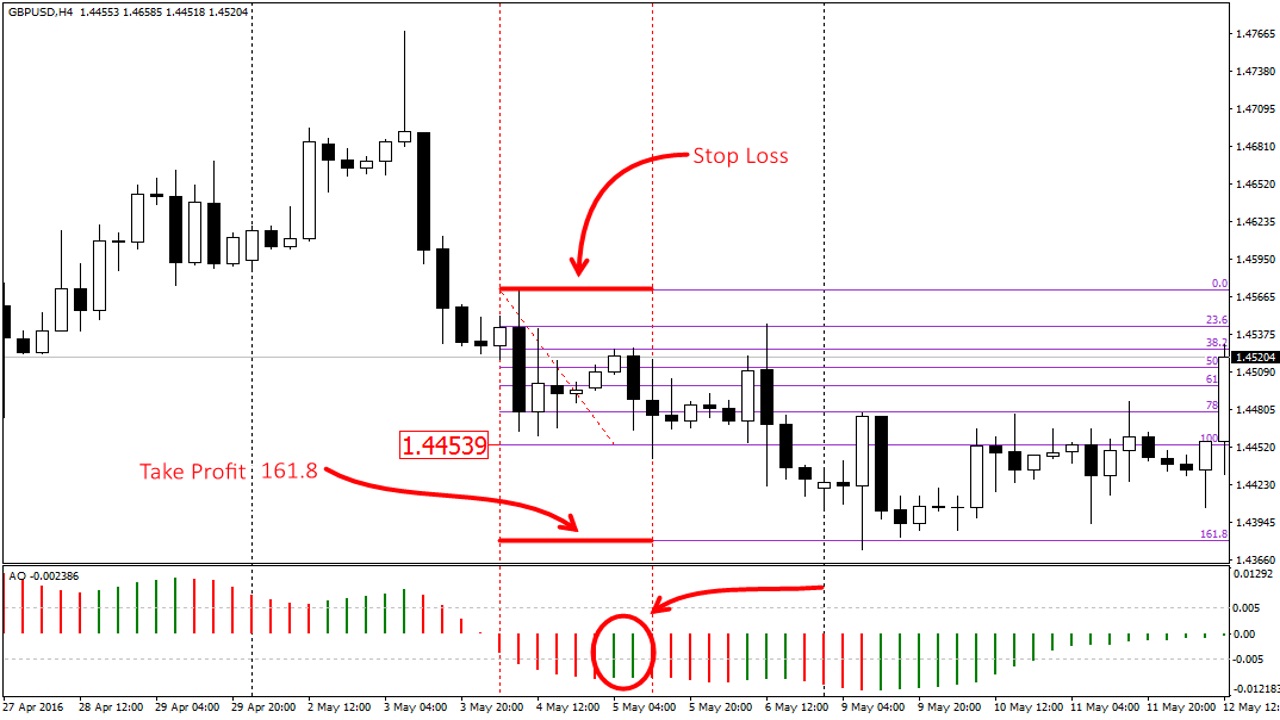 It is quite easy to work with the strategy, but any trading technique can be subject to change, if the situation so requires. Despite the iron rules of the system, be guided by your own mind. Take your time in making decisions and follow these rules:

Also, do not forget about the risks, which are hidden in the Forex trading. Do not open orders are larger than 5% of your deposit.

It is the simplest version of this strategy. Perhaps, it is not as simple as the beginners would like, but if you follow the money management and pre-test the system on a demo account, you can handle it.

In general, for Whisper of Stars Strategy, the trade in several currency pairs is acceptable, as well as the simultaneous opening of several transactions. Remember that on Friday it is better not to trade, because it is on this day that economic news most often comes out, which can provoke a gap.

Trade only with proven signals, do not rely on luck. Cold calculation is better than funneling all capital. Track the signals at once for several pairs - so you will conduct a better technical analysis and will not be guided by the false indicators.