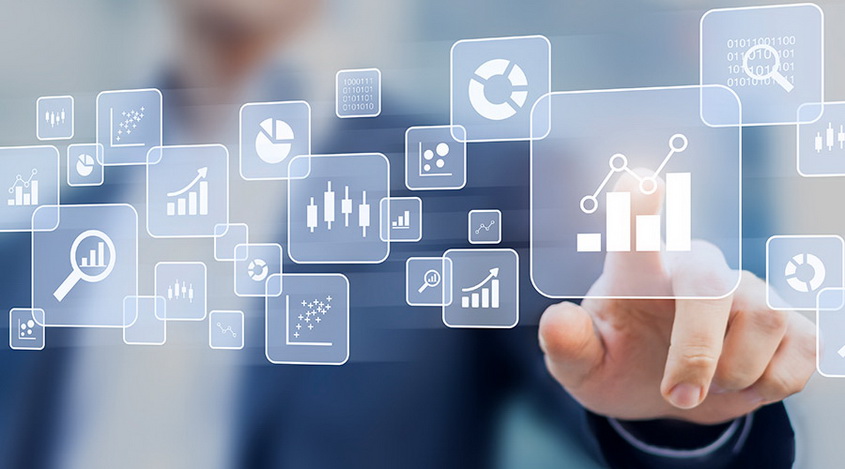 Cluster indicators are a type of Forex trading tools that allow you to perform the analysis of currency quotations forecasting their development in the future.

These indicators are made to assess the value of the currency objectively. In this case, a cluster is a group of the currency pairs. Analyzing their value, the quotation of all pairs including this one is considered, compared to the other currencies. Due to the sophisticated algorithms used, you can obtain a fair estimate of the value ignoring many side factors.

As you know, the central banks of the countries have a significant influence on the exchange rate. If necessary, these institutions can maintain the value of the currency at a certain level, massively buying, or selling it. Any news from the Central Banks is instantly displayed on quotes. As a result, the trader receives the information formed under the influence of these side factors.

However, if you see that one of the currencies has fallen in price relative to another one after the news published, it doesn’t mean that it’s weakened. For example, if the Swiss government strengthens the franc, and you see the US dollar falling in price, it doesn’t mean a weakening of the dollar. Moreover, the USD is strengthening against the yen and the euro at such a moment. Cluster tools help to assess the real strength of the currency at the moment.

Just like many other technical tools, cluster indicators are used to find the trend, to identify its direction and turning points as well. In general, there are two types of cluster tools:

The first group helps to determine the direction of the trend. CCFp is one of the most common indicators of this category. It displays the information about eight currencies, as well as their strength relative to each other. The CFP indicator can determine the traded pair automatically, and show a graph of its fluctuations.

These tools don’t give the hints on the opening or closing the positions. They serve for a general assessment of the situation on the market. The trader looks at the position of the pair relative to the zero mark, searching for the overbought, or the oversold state of the asset. If it moves upwards, then it’s worth looking for a chance to purchase. If it moves downwards, then, on the contrary, search for the sale signals. 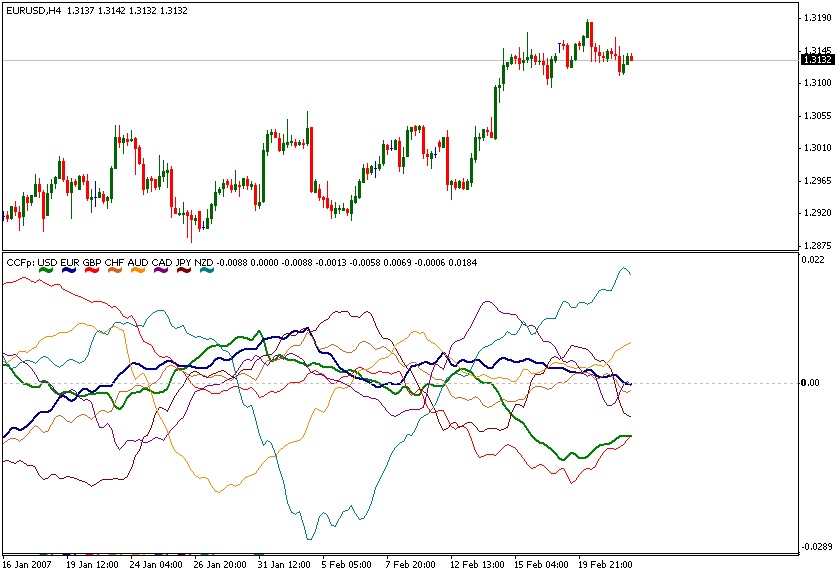 Let's consider some variants of the CCFp use.

Pulse instruments, such as CCp, react to changes in the trend more quickly and can be used to find the opening points of the positions. This indicator is different from the previous ones, since it doesn’t work on several time frames, but only within a detailed chart. This tool also allows you to assess the rate of change in currency quotations, relative to each other. Based on such indications, you can open the transactions for all the pairs presented in the cluster.

It’s worth mentioning the cluster volume indicators. Along with the histograms of the currency strength, they display the ticks of the volume of each instrument traded. Such signs help to build the lines of support and resistance and make the active trading strategies. To work with such a class of indicators, you may need monthly time frames.

There are many existing cluster indicator options for trading. They are suitable for time intervals of different duration, as a part of different strategies.

Don’t forget that the analysis of the currency dynamics is carried out along with all the currencies of the cluster. If you want to apply such a type of indicators in the trade, then practice on the demo account first. You may need time to get used to this technique. It will also be useful to trade several pairs since in this case, these tools will find the widest application.